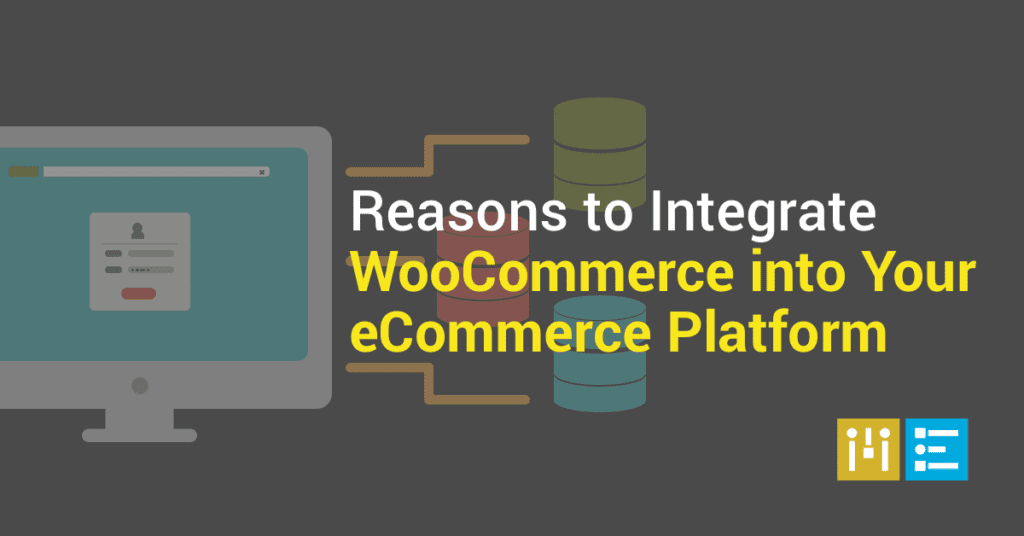 WooCommerce is used on about 30 percent of all eCommerce sites and has consistently been a leading choice for online stores in the past few years. Its features are so extensive it’s taken on a life and ecosystem of its own apart from its WordPress ancestry.

So it isn’t surprising that we are often asked to build WooCommerce into other large platforms outside WordPress. Most often, we do this as a SaaS (software as a service) function and for larger software companies that want to offer WooCommerce to their clients.

So even if your eCommerce site runs on another platform, there are solutions (or tools) that can be built to integrate WooCommerce on it. It’s all because of WooCommerce’s dedication to maintaining a flexible API.

Let’s start with a definition of API. An API is an Application Program Interface, a nifty little instrument that lets website builders add tools to their websites created on the platform.

As Bob Dunn put it when he interviewed me on his WP eCommerce Show in April 2017, an API acts like a handshake between platforms like WordPress and WooCommerce and plugins, extensions, and tools created by third parties.

You can even transform WooCommerce into a SaaS (software as a service) tool hosted in the cloud. Our company recently created a solution for ReferWordPress.com, an affiliate program for owners of WordPress websites. The website itself isn’t an actual WooCommerce site; it’s based in the cloud since it provides services rather than a product. But it uses several WooCommerce tools, including an intuitive dashboard and a rewards calculator.

It also happens to be the official affiliate system for all WooCommerce products sold through their website.

And of course, it’s possible to transfer (or re-platform) an existing eCommerce site to a WooCommerce and handle any hiccups that come up. Most of the time, transferring and integrating go fairly smoothly. While the WooCommerce API is designed to make integration as seamless as possible, APIs are not universal. We occasionally come across systems without APIs that require solutions to get them to shake hands with WooCommerce.

If there is a hitch, it’s usually with inventory management, which happens to be a big draw for owners who decide to switch to WooCommerce (although there are certainly lots of other benefits as well). You’d be surprised by the number of older, archaic inventory management systems still in use designed for just one platform. In fact, many of our first-time clients come to us for help integrating older existing tools and systems into WooCommerce.

At Mode Effect, we have the expertise to go into the existing system and know where to look to find something that resembles an API, or a “data bridge” that can serve the purpose. It’s good to know that WooCommerce already has a robust API that will work with us to take in the new system.

The WooCommerce API Opens It to Developers Who Make Useful Tools, Plugins, and Extensions

APIs are very important in the website world because so many plugins and tools come from third-party developers. While WordPress creates plenty of plugins, it’s always welcome competition, if you will, from developers who can zero in on specific services and needs.

Put simply, APIs help make the web a happier family. They allow tools and platforms to integrate with one another. In the WooCommerce world, this is even more important because eCommerce has so many functions and security concerns.

WooCommerce has been as open as the larger WordPress environment it sprang from about sharing its API. As a result, there are tons of extensions (as plugins are called in the WooCommerce world) to manage shipping, payment, inventory, shopping carts, wish lists, etc. You can even get apps for specific dashboard items if the one-size-fits-all default one doesn’t suit your needs.

One recommendation we make to customers is to use WooCommerce extensions instead of relying only on WordPress plugins. As we’ve noted, what works on WordPress might not be terribly useful on WooCommerce.

Here are two extensions we like because their APIs allow them to gather the best tools and services out there to deliver integrated services to WooCommerce users.

We’re also very impressed with AppPresser, an app development service with a WooCommerce extension that lets users create iOS or Android apps for their sites. No custom coding is required, but it allows users to fully customize sites. Another extension, AppWoo, adds additional styling options and other features.

Of course, all these extensions will work on WooCommerce as a SaaS product on other platforms. Functionally, there won’t be any difference except that as a WordPress plugin, WooCommerce updates frequently. Just be sure the platform you’re using will respond to update the information it receives.

If you’re using an older eCommerce platform, switching to WooCommerce or contracting a business like Mode Effect to apply it to your platform will give you access to these tools and a lot more.

WooCommerce lists more than 300 extensions it’s developed that provide everything from email assistance to managing pre-orders. Here are some its staff recommends for online businesses (in addition to the examples discussed above):

I like Voucherify, a promotional toolkit that provides coupons and vouchers and also handles promotional campaigns and referral campaigns, something any business can certainly appreciate. Its API easily integrates with WooCommerce and other platforms.

I also enjoy Amplify Plugins’ WooCommerce Quick Checkout. This plugin speeds up the buying and checkout process with the single click of a button. Click “Buy Now”, the checkout opens, another purchase is made without any cart or redirect. Simple, elegant, efficient.

WordPress has been just as tempting a target for hackers as anyone else online. It’s also been a lot more proactive than other platforms, and this stands true for WooCommerce as well.

One of the biggest changes came a couple years ago when WordPress’ core offering included a Generate Password button on the user pages that created strong passwords and a meter to indicate password strength for those who like to create their own passwords. Previously, passwords were created by site managers and emailed to new users who were prompted to create a new password without any guidance.

Passwords, in fact, remain the strongest barrier against hacking. Hackers look for ways to break into a site and weak passwords, or those that haven’t been used for years, are the easiest ones to break.

Ensuring a site is always running requires updated software and plugins and extensions for strong, steady security. A managed WooCommerce host follows the same standards WordPress recommends for managed WordPress hosts. This includes automatic updates to WordPress software and the WooCommerce plugin, automatic backups, and advanced configurations to protect against hacking. These hosts also send out emails to remind subscribers when extensions and other plugins need to be updated. Keep in mind that any WordPress release that ends in “2” is a security update.

I can’t think of another eCommerce package that’s more versatile than WooCommerce.

Add in that WooCommerce’s API allows it to run even on non-WordPress platforms (a service we will provide in 2018), it’s one heck of an adaptable tool. Business owners really have little to lose to at least give it a tryout as they consider new eCommerce platforms for products and/or services they sell.