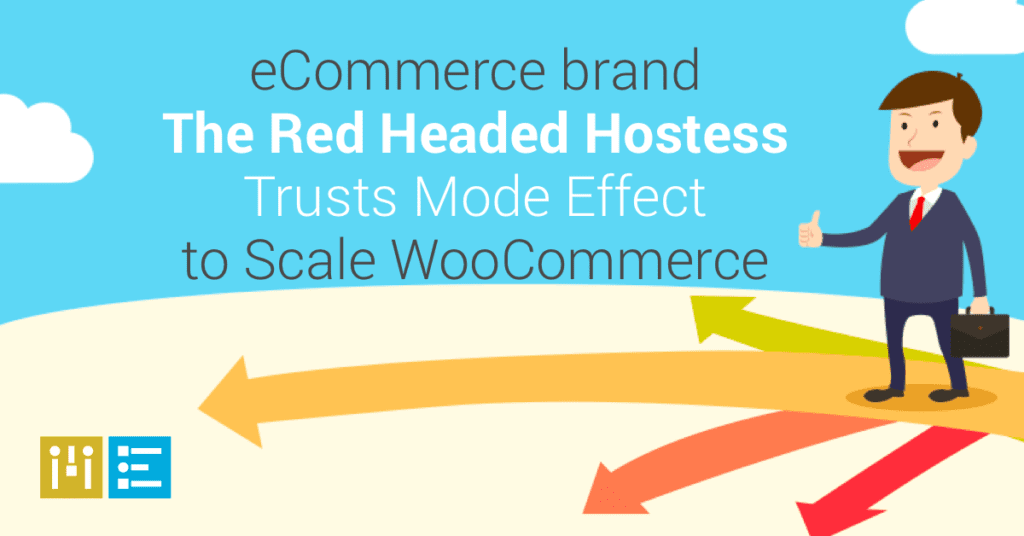 Tyson Foster, partner of The Red Headed Hostess with his wife Shannon, were seeking a website development partner who specialized in e-commerce – specifically the e-commerce platform WooCommerce made for WordPress websites.

“As our company grew, our current vendor could not serve us very well anymore,” said Foster. “There were constant issues, breaks and it was taking weeks and sometimes months to fix things.” 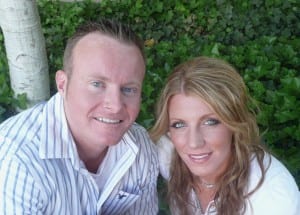 “A lot of companies say they are e-commerce experts, but many really aren’t,” said Tyson. “After speaking with Cody Landefeld [Mode Effect’s CEO], I felt confident in their knowledge in e-commerce and WordPress to move forward with giving them a try.”

Tackling a Backlog of Challenges

One of the first things Mode Effect did was ask Tyson for a wish list of things to fix and resolve that Tyson had not been able to get resolved with his current vendor. One of the big items on the list had to do with the company’s vendor reporting system.

“When our contributing vendors to our e-commerce store would try to access their reports, the system would crash,” said Tyson. “I could access these reports, but my vendors couldn’t through their logins, so I had to manually pull the reports and send them to the vendors, not an ideal use of time.”

Tyson was also seeking a partner for his e-commerce website development that he felt would be honest and fair about pricing. As an example, Mode Effect resolved the vendor reporting issue at a fraction of the cost and time of Tyson’s previous vendor.

Another issue that Mode Effect was able to help The Red Headed Hostess address was speed and performance on its WooCommerce site.

“I thought out site was performing pretty well regarding speed,” said Tyson. “But I noticed a big difference when we went to management and hosting with Mode Effect.”

Over the three years that Mode Effect has partnered with The Red Headed Hostess, they have continued to identify areas for improvement to keep the site’s performance strong on both the front- and back-end.

One area on the back-end that was causing significant hassle and down-time for Tyson was order searching. Mode Effect was able to reduce order searches to 4 seconds; whereas, they were previously 60+ seconds.

“At Mode Effect, our developers understand how everything works from the ground up within the WordPress and WooCommerce environments,” said Michael Sablone, lead developer at Mode Effect. “In the situation of improving order search look-up times, we had to go under the hood of WooCommerce to solve the problem, not just put a band-aid on it. Essentially, we rewrote the code for the search algorithm within WooCommerce to significantly decrease order look-up time. The Red Headed Hostess had a very specific way orders need to be structured, and it required custom coding to get it right for them.”

For better reporting and analytics, Mode Effect suggested Metorik, an analytics tool specifically designed for WooCommerce sites for The Red Headed Hostess. Metorik provides a single dashboard to unify an eCommerce store’s orders, customers and products, helping them understand their data and make more informed decisions about their business.

“I’ve been really pleased with using Metorik,” said Tyson. “It’s taken a load off our website, which is already very large; is a scalable analytics option, and automates reporting.”

One of the main challenges The Red Headed Hostess had was within their staging environment. Too often when a change would be made within staging, it would break the website once pushed live. “I never knew if something new we implemented would break the site in some way or not,” said Tyson.

Tieso led the development team to implement a circular development “database down, files up strategy” for workflow and development. “The problem was that before this approach, all the changes were happening on a live server for both production and staging,” said Sablone. “Now all changes are made locally and pushed to a code repository and the code repository pushes to a staging server – this is a safe place to test changes before they go live on the site to make sure when pushed to the site, there are no problems.”

With this major workflow restructuring, The Red Headed Hostess now does not have to worry that moving forward with pushing something live to the website will cause a break somewhere on the site. Before they never knew if a change would break the site somehow.

“This keeps the site very safe,” said Sablone. “No breaks or surprises, which is very frustrating to e-commerce site owners, who can’t afford downtime,” Sablone added that this workflow and development structure keeps a website very safe and stable.

A Long-Term Partnership for Success

“Ultimately, we were looking for a website development partner who specialized in e-commerce who could scale and grow with us,” said Tyson.

He added that they have been very pleased with their work with Mode Effect, feeling that they display many of the key qualities that a company like his seeks in a long-term website development partner:

The Red Headed Hostess is now embarking on a complete overhaul of its website. The overhaul is not because the site isn’t performing well, but rather it’s getting old and there is a lot of legacy code and plugins on it.

“We have worked with The Red Headed Hostess for a few years now and really understand their site, goals, and business,” shared Cody Landefeld, Mode Effect’s CEO. “We have done a lot to make the site perform as well as it can with being an older site (built in 2009). We feel confident and are excited to take on a rebuild with Tyson and Shannon and bring in newer technologies and source codes to their WooCommerce storefront.”

“We’ve been very pleased with our relationship with Mode Effect and would definitely recommend them as WordPress and WooCommerce experts and specialists who can help scale and support an e-commerce store,” shared Tyson. “We really trust them moving into this next stage of redesign and growth.”

Are You in Need of a Partner?

Mode Effect exists to help eCommerce stores achieve crazy revenue while helping to eliminate performance issues causing a negative impact on your bottom line.  Is this you?  We’re always looking to partner with stores like yours.  Drop us a line here.